Any panel that starts with singing is off to a great start.  On my conclusive article (at least for this weekend!  I may end up doing some follow ups later.  No promises!), I discuss the panel entitled “Is Science Fiction and Fantasy Better with Religion in it?” With Panelists Jason Evans, Corinne O’Flynn, Lisa Price Manifold, James Hunter, Aaron Ritchey, Kathryn Renta.  Aside from the uncomfortable grammar in that sentence, I was excited to see where this went.  I was definitely not disappointed. 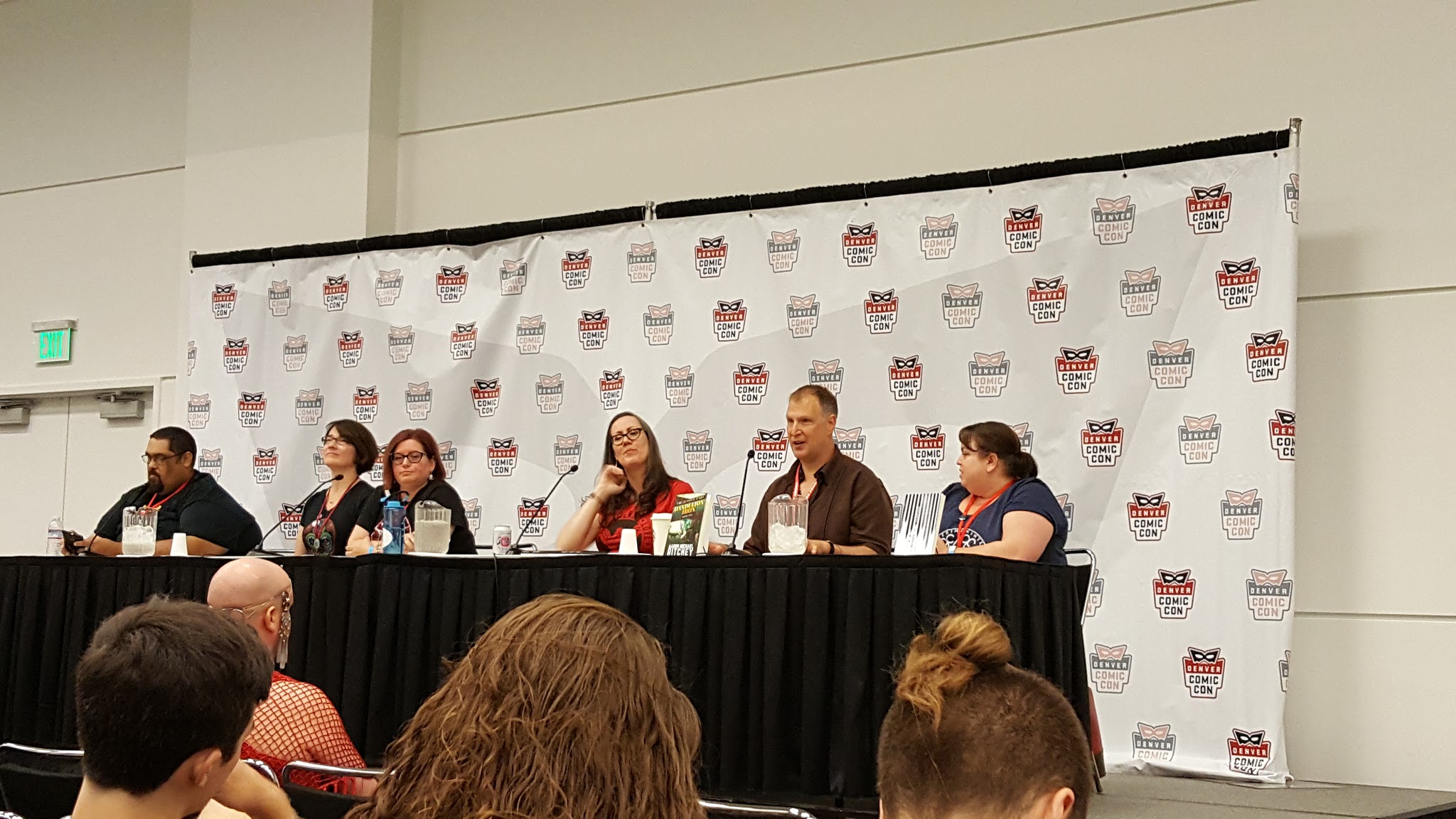 These are some folks with some names!

I admit, I didn’t properly write down everyone’s names as they swapped out some people last minute and I lost track of who was who, so rather than focus on individual quotes, Except when I actually do, I’ll be making mentions of the overall feel and general attitude of the panelists.   Apologies to those who I was unable to properly attribute.

One of the consistent attitudes from those who felt that religion had a place in their works was that it’s an important aspect of world building.  Having a fantasy or sci-fi world that’s utterly bereft of religion has a sort of sanitized, flat feeling to it that makes a world seem less real.  Throwing in some religion, even one that nobody acknowledges or even really defines is part of creating a richer culture and society.  Many of the great fantasy works have religion (Let’s spend a few hours talking about what, exactly, Gandalf is, shall we?), as well as sci fi (Klingons, Bajorans, Jedi, Whatever the hell is even going on in Dune).  The tendency to shy away from it is more of a modern science-oriented aspect where we discount all religious attitudes as being fundamentally anti-science.
An interesting aspect of this panel was the sort of mixed attitude about what constituted religion.  As some of the panelists were varying flavors of religious, several identified as “not religious, but spiritual”.  This has always struck me as mildly oxymoronic.  Many of these folks were raised in unpleasant, oppressive families subscribing to some of the more popular religions for framing such an upbringing.   Not to pick TOO much on Catholics, but they tend to catch a lot of shit for this sort of behavior.  As such, people who grew up perceiving their torturous lifestyle will permanently view “religion” through that lens of oppressive and unpleasant ideologies.  As such, they may still crave those positive elements of religion, yet are fundamentally unable to accept that there’s any positivity that can come from such an institution, and therefore seek for a way to achieve those positives without the negative trappings that come with a religion.  These folks seems to stumble upon one of the vaguely generic “spirituality” sort of mindsets that can give them the faith and ritual that the like, without the power structure and annoying hats that they don’t. 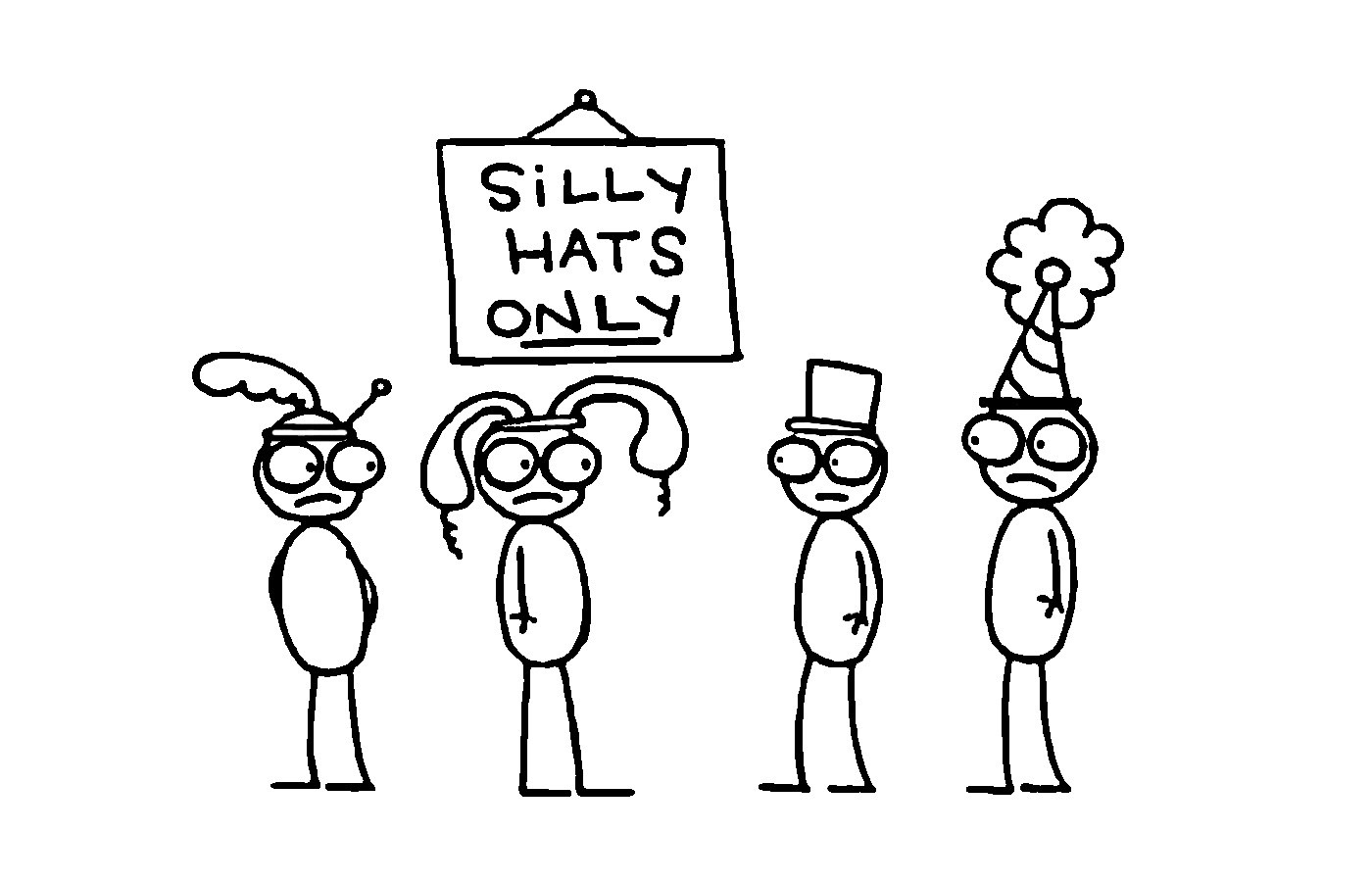 However, within the fiction worlds that authors create, it’s not always about one’s own person ideology, it’s often more important to include a more diverse and wider spread of thoughts and mindsets to make one’s world feel more real, lived in and robust.  One of the universally enjoyed aspects among all the authors present was how handy cultists and extremeists were.  They’re so handy for injecting a healthy dose of conflict into a story, as well as some of the more amusing aspects of framing characters who may seem otherwise sensible, perhaps even a protagonist, as those extremists. Most people who are in those fringe groups don’t consider themselves fringe, they consider themselves to be freedom fighters, chosen by their almighty god to wreck vengeance upon the non-believers.  This can really help a story move in ways that are needed when other, less elegant tools are unfeasible to move.

That, as they say, is that, folks.  I’m off for this one, but I’m hoping to return for a few more articles.  I hope to see you all out here on these articles and thanks again to Pop Culture Classroom for putting on an amazing con!